Later this summer ReelFx will be launching www.webosaurs.com a massive multiplayer online game aimed at young kids. The game is currently in beta....go give it a try!!

If you are a fan of TF2 you will love this...if you are not, then you will only like it A LOT..

My buddy Paul Allen invited me to the midnight release party for Terminal Reality's Ghostbusters: the video game which was held last night. I did a little work on a couple cinematic shots for the game, so it was cool of him to invite me. The party itself was open to the public and held at a GameStop near TRI's studio. Lot's o fans turned out for the midnight release, many in home made ghostbuster costumes...and I gotta say they did a mighty awesome job constructing their proton packs. 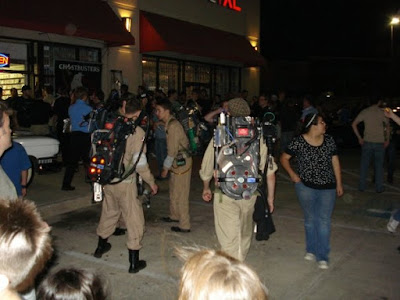 I played an early version of the game about a year ago and it is A LOT of fun. If you ever wanted to blast ghosts while trashing a hotel ballroom, then this is the game for you. I would have played all day.....and now I CAN..because the game is out RIGHT NOW! A big congrats to all the peeps at TRI for making a busting cool game.

Me with the original Ecto-1 and a headless person. 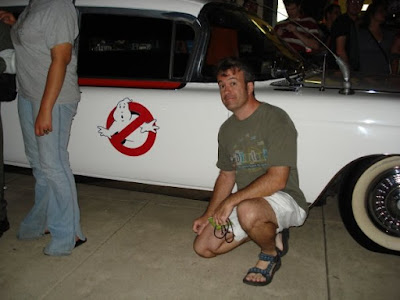 Paul with the original Ecto-1 and some junior Ghostbusters. 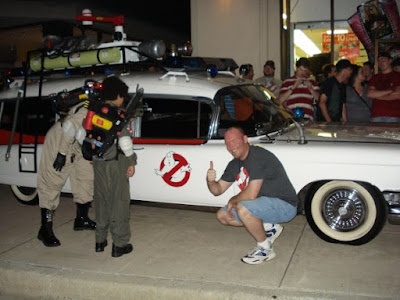