A local Back to the Future super fan brought his tricked out Delorean by ReelFx. Justin Barrett braved the cold to take pictures of us staring at the car. Once powered up...the flux capacitor was fluxing..oh yes it was. 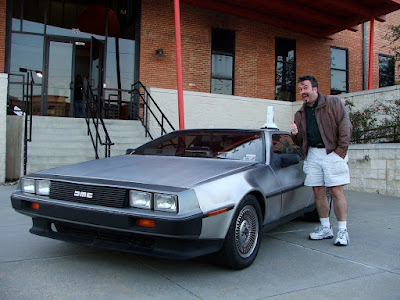 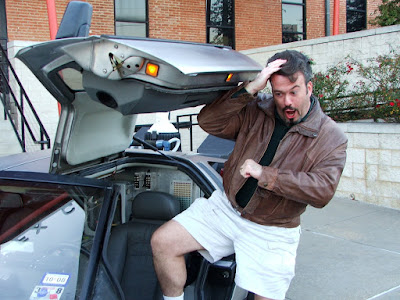 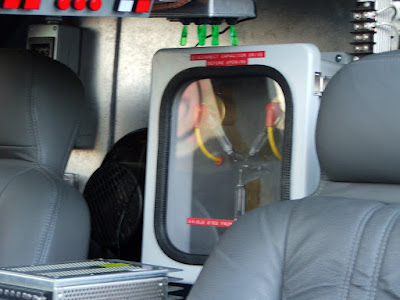 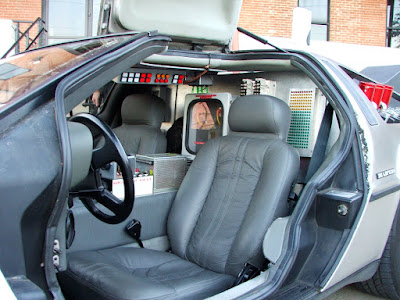 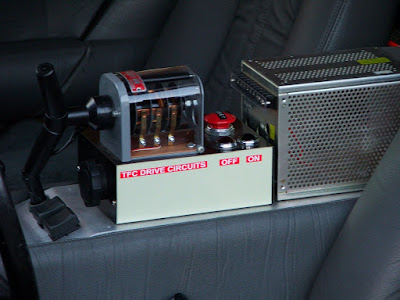 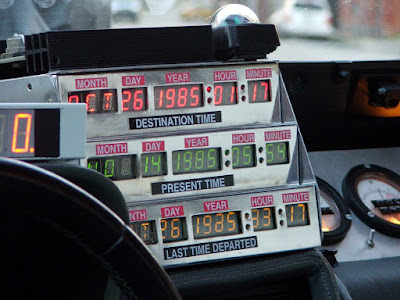 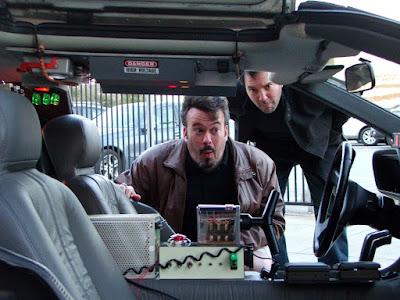 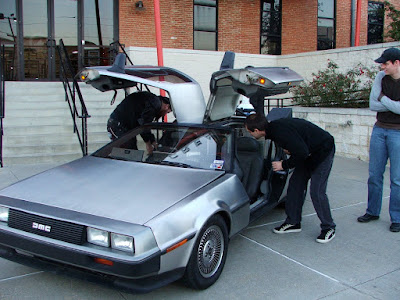 The other night I checked out the new Terminators series, the Sarah Connor Chronicles, which picks up about two years after Terminator 2. Yet again those pesky terminators travel back in time to kill John Conner and yet again a terminator is sent back to protect him. But instead of Ah-nold, John's protector is the lovely fembot, Cameron.

The thing that struck me immediately is that no matter how many times they blow up Cyberdyne or destroy Skynet, those damn terminators will continue to exist. What would be an interesting twist, is if John Conner is somehow responsible for Skynet, thus making him the disease and the cure.

Now if you were going to travel back in time and kill say....Hitler. Would you do it when he is a teenager? Seems like the killer robots from the future should be traveling back to the day John was born and.....asta la vista baby. Get it!!...cause he'd be a little bab-nevermind. Better yet go back and kill Sarah when she was a kid. But terminators aren't cold blooded like that. They want to give their victims a sporting chance.

Ok fair enough. But why send back one terminator? You want John Conner taken out, send back ten of those bad boys. Likewise for the resistance. One termi might be a good defender but 20 would be better.

Regardless of logistics and some silliness, I did enjoy the pilot and will continue to watch for now. But it could go down hill. If John takes fembot to the prom.. I will most likely stop watching.

LOST in the New Year